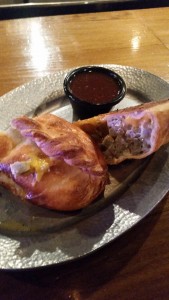 Whatever your pleasure, you’ll be sure to find it on their extensive menu of Pasties.  Of course, having a Pasty here in Las Vegas wouldn’t be complete without two required components of a legitimate British Pub experience . . . a righteous pint of ale and a bowl of Mushy Peas. 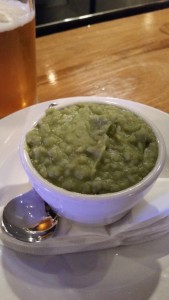 Without a doubt, Brits will be instantly reminded of home with a proper bowl of mushy peas made from real deal marrowfat peas.  If you have never experienced mushy peas in England, know this:  This is EXACTLY what they should taste like.  Thick.  Smooth.  Yet chunky.  Spectacular.  And don’t worry, the beer selection here is equally on par with the best pubs in town, with a nice selection of local and imported draft beers and an extensive list of bottled brew.  So do yourself a favor, the next time you are in Sin City drop by and get a sinfully delightful bowl of mushy peas and a slammin’ good British Pasty at the Cornish Pasty Co.